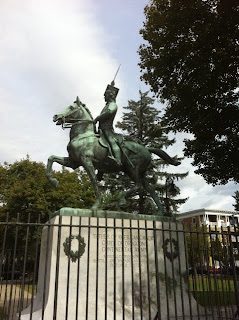 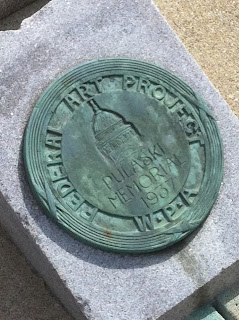 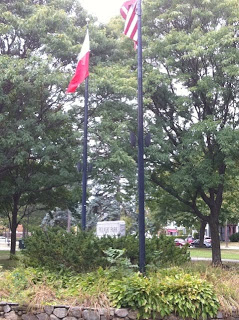 Manchester has Many City Parks

Pulaski Park in Manchester,  located on Bridge Street, is an excellent place to sit and relax with your family while you take a break from the city. The lush grass fields are inviting, and are very well maintained. The aesthetics of the park make one want to sit and have a picnic, toss a Frisbee around, or relax under the shade of one of the many trees. The park also has a basketball court, and many benches for sitting and relaxing.  The park is used by people both young and old as a relaxing retreat.

This park was named after Casimir Pulaski, a Polish immigrant who became a general during the Revolutionary War.  He was one of George Washington’s right-hand men and the head of the cavalry. Washington reportedly once said, “General Pulaski was an invaluable resource to me during the War. I doubt that we could have won it without him.” Not only did Pulaski create a charge during the Battle of Brandywine that allowed the Americans to retreat, this charge managed to save George Washington’s life. This shows his impact on the American rebel army, and without his help we could still be British subjects. He eventually died in battle, but was honored throughout American history for his bravery, and became one of only seven people to receive honorary American citizenship.

The park itself was created by the Works Progress Administration during Franklin Delano Roosevelt’s New Deal, in an attempt to put the unemployed to work while providing valuable community service. This noble gesture was able to give temporary employment to the people that were suffering the most during the Great Depression, and it also gave beauty to an area that truly needed it. A statue was placed in the new park in order to honor this great war hero, where he is riding his steed with his sword in the air, signaling a charge. This park has honored the general and brought a beautiful oasis to the city of Manchester, New Hampshire.  Check out other Manchester City parks.

This park is close to many other attractions in Manchester, New Hampshire and is close to Red Oak properties at Union Street Apartments and The Opera Block Apartments.

Southern New Hampshire and the city of Manchester are great places to live.  Need an apartment?  We can help you find your perfect place.